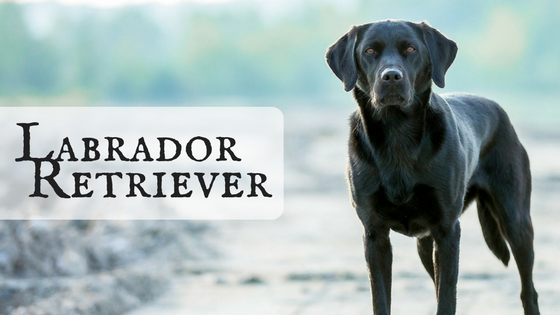 Intelligent, friendly, playful, adorable. Labrador retrievers (labs) are the most popular dog breed in the United States, and some believe they are the most popular in the world! You don’t have to be a dog person to identify this breed. Why do people love labs? Labs are great hunters, assistance dogs, companions, search and rescue dogs, and much more. They are incredibly intelligent, loyal, and energetic. What more could you want in a dog?

Today, we’re reviewing anything and everything about the labrador retriever. We’ll go over facts, characteristics, and other information to help you learn more about labs, and perhaps decide whether or not this is the right dog breed for you!

Labrador retrievers originated in Newfoundland. The founding breed was called the “St. John’s Water Dog,” named after the capital city of Newfoundland. Bred as fishermen, or… fisherdogs, St. John’s Dogs were used to haul nets and fetch ropes for local fisherman.

The St. John’s was brought to England, and was named the labrador retriever after the Labrador Sea. One of the earliest written references to the breed “Labrador” was written in 1814. By the 1880s, the labrador was nearly extinct due to government regulation in Newfoundland. Families could only have 1 dog per household. On top of that, a tax was charged for owning a dog, and the fee was higher for females.

Thankfully, the breed’s persistence in England was enough to maintain the lab. By the late 1800s, the term labrador retriever was relatively well-known in England. It wasn’t until the 1920s that the lab gained popularity in the US.

During the Vietnam war, labradors were utilized as military working dogs. Around 4000 dogs were deployed. Unfortunately, the US military considered the dogs “expendable equipment,” and were left behind or euthanized. Protests erupted from military canine handlers as well as the general public. Today, retired war dogs of the US military can return home and be adopted by civilian families, thanks to a bill signed by President Bill Clinton in 2000.

From family companion to assistant of the blind, labs are well-suited for a variety of jobs. While labs are skilled in many positions, they typically make poor guard dogs because of their tendency toward friendliness before aggression. Here are a few of the dog occupations that labs excel at.

When it comes to hunting, labrador retrievers dominate. It’s in the name. Labs have incredible water-resistant fur that helps them stay warm during a cold duck hunt in northern climates. They are relatively easy to train. With loads of energy, they’ll chase down small game all day long with enthusiasm. 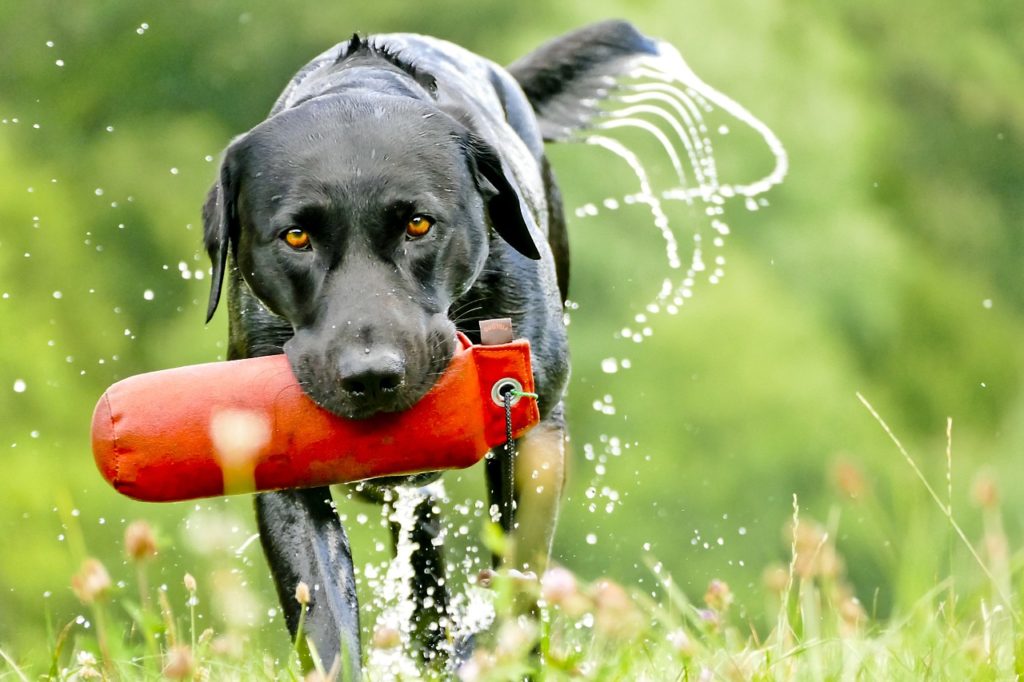 Labs are incredible at guiding the blind and deaf. They tend to be loyal people-pleasers. With quick intelligence and high energy, labs across the world are making life easier for those with disabilities. To see the perfect example of a lab guide dog, read about Endal, perhaps the most famous guide dog of all time.

Labradors as Search and Rescue Dogs

Dogs typically have a strong sense of smell, but labs boast an even better sense of smell than many other breeds.This sense of smell combined with quick wits makes the labrador retriever a great search and rescue dog.

Labs make great family pets, and are typically good with children. They are loyal and love to play. If you’re thinking about owning a lab as a family pet, make sure you can give him or her plenty of exercise. Most labs have very high energy levels and will behave best when kept active.

Why are therapy dogs used? Read: Dogs Are Incredibly Good For Your Health – Science Proves It

Therapy dogs have proven helpful in a wide array of circumstances. Hospitals, hospices, nursing homes, disaster areas, and mental institutions are just a few of the places therapy dogs have faithfully served those with emotional or physical pain. Because labs are friendly and compassionate, they are the perfect therapy dog. Their high energy, upbeat attitude is simply contagious.

The warm and intelligent labrador retriever is an incredible animal. The lab has enriched the lives of millions. We owe this dog breed a great deal of respect and love. Do you have experience with a lab of your own? Let us know about it in the comments below!